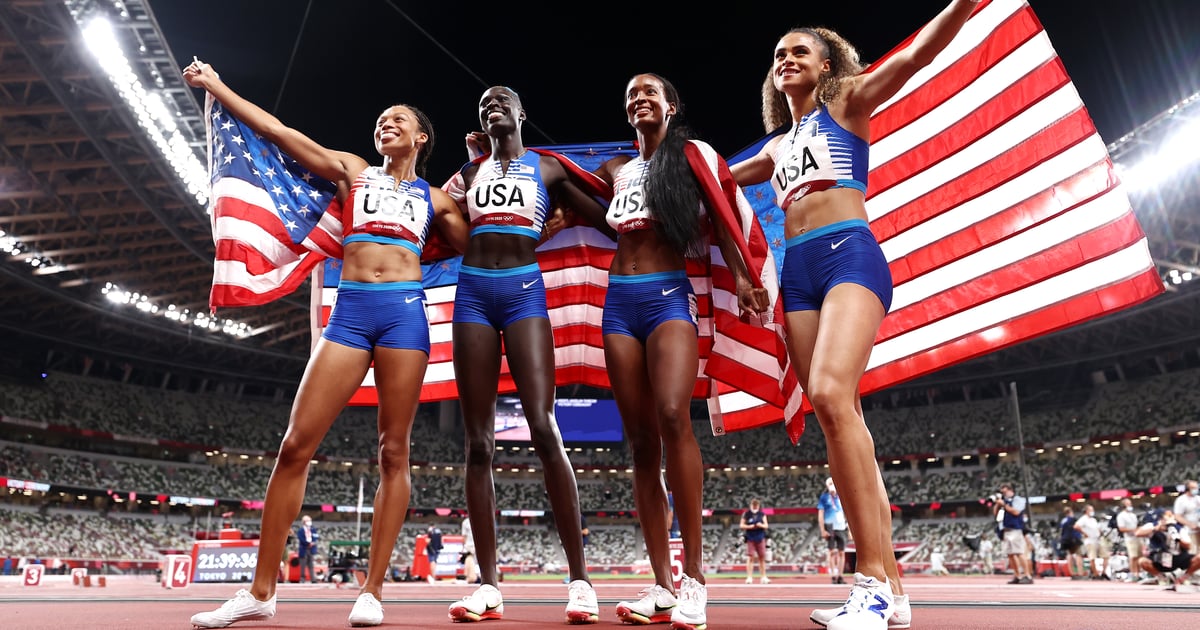 A squad of American women, led by veteran Allyson Felix, raced to the top of the podium in the women’s 4x400m relay during the final day of competition at the Tokyo Olympics. Team USA has now won the event in seven consecutive Olympics, starting with the 1996 Games in Atlanta.

Sydney McLaughlin, who won gold in the 400m hurdles, ran the first leg of the race, giving the US a comfortable lead before passing the baton to Felix, the 400m bronze medalist. Dalilah Muhammad, who finished just behind McLaughlin in the 400m hurdles, ran third, paving the way for Athing Mu, the 19-year-old who snapped Team USA’s 800m drought during this Olympics. Mu crossed the finish line at 3:16.85, nearly four seconds ahead of silver medalists Poland. The Jamaican team won bronze.

It was a fitting end to a thrilling track and field competition and, in Felix’s case, an Olympic career. Keep scrolling to see photos from the race.