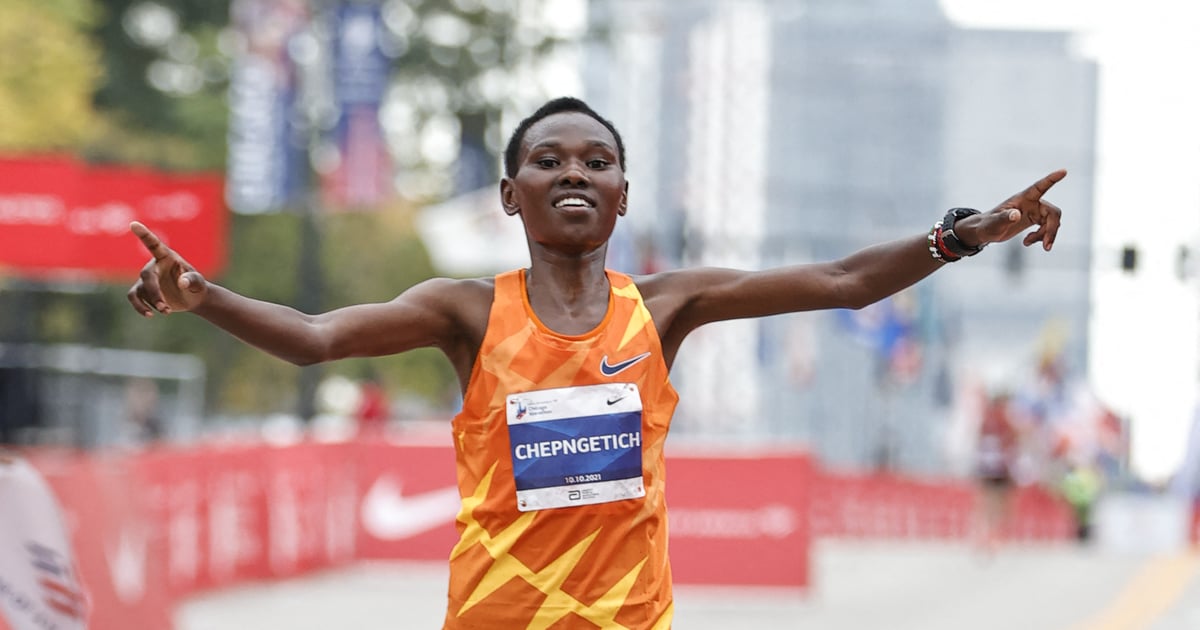 It’s been almost two years since a major marathon took place in the United States, but the wait is officially over. Ruth Chepngetich won the Chicago Marathon on Sunday and fellow Kenyan Diana Kipyogei (making her major-marathon debut!) came in first in the Boston Marathon on Monday, as the two iconic races went back-to-back to kick off an abbreviated 2021 marathon season in the US.

Chepngetich, who won marathon gold in the 2019 world championships, prevailed in hot, humid weather to take home the win in Chicago. Americans Emma Bates and Sara Hall came in second and third, respectively. Impressively for the tough conditions, Chepngetich was on a world-record pace during the first half of the race, then dialed it back to win in 2:22:31. (The world record is 2:14:04, set by Brigid Kosgei at the 2019 Chicago Marathon.) Chepngetich had a comfortable two-minute lead over Bates, who was one of seven Americans to place in the top 10. “The race was good; it was nice, but it was tough,” Chepngetich said afterward, according to Women’s Running. “To push alone is not easy.”

In Boston, the women’s race stayed tight until about 18 miles in, when Kipyogei started to pull away from a large lead pack. She outlasted her competition to cross the line in 2:24:45, followed by Kenyan Edna Kiplagat and Netsanet Gudeta of Ethiopia. Nell Rojas placed sixth as the top American.

In the wheelchair division, Tatyana McFadden grabbed not one but two podium finishes, placing first in Chicago and following that up with a second-place finish the next day in Boston. Just another weekend for the decorated American.

Ahead, check out photos of Chepngetich, Kipyogei, and the other top finishers in Chicago and Boston, and see both of the impressive winners cross the line to claim the top spot.

What Is the “Kraken Variant” of COVID-19?
A Streaming Guide to Watching James Cameron’s Avatar: The Way of Water
Kim Kardashian Makes a Rare Makeup-Free Appearance on TikTok
The Viome Full Body Intelligence Test Gave Me Surprising Info About My Heart Health
Emily Ratajkowski’s Secret and Seductive Approach To Perfume